Gustavo Sied > Sin categoría > E3 is a micro text editor with an executable code size between 3800 and 35000 bytes.

e3 is a very compact editor.

e3 is a micro text editor with an executable code size between 3800 and 35000 bytes, depending on used assembler options, platform and self compressor.

Except for ‘syntax highlighting’, the e3 binary supports all of the basic functions one expects plus built in arithmetic calculations. If you have installed the stream editor ‘sed’ you can use these tools as sub-processes, getting the full power of regular expressions.

e3 can use Wordstar-, EMACS-, Pico, Nedit or vi-like key bindings, whichever the user chooses. Also the user can calculate arithmetics inside the text.

e3’s assembler version is available on 11GNU Emacs is an extensible, customizable text editor—and more. At its core is an interpreter for Emacs Lisp, a dialect of the Lisp programming language with extensions to support text editing. The features of GNU Emacs include:

* Content-sensitive editing modes, including syntax coloring, for a variety of file types including plain text, source code, and HTML.
* Complete built-in documentation, including a tutorial for new users.
* Full Unicode support for nearly all human languages and their scripts.
* Highly customizable, using Emacs Lisp code or a graphical interface.
* A large number of extensions that add other functionality, including a project planner, mail and news reader, debugger interface, calendar, and more. Many of these extensions are distributed with GNU Emacs; others are available separately. most important x86 OS, see below for details.
Also available is an (alpha level) 32 bit native code assembler version for StrongARM («Advanced Risc Machine») CPUs.

There is also a GNU-C-written version for non-i386-Unix and non-ARM-Linux platforms (e3.c) using Wordstar keybindings only. This README doesn’t further mention e3.c. (Just make it!)

e3 is designed to be INDEPENDENT OF LIBC OR ANY OTHER library, except on QNX and Win32.

e3 has been tested using the terminal console, but Xterm, Eterm, rxvt, kvt, vt220 and vt100 should work too.

All versions of e3 accept a filename as argument; see the man page.

· There is a status and input line, where you can enter filenames, find-texts, line numbers etc. In the lower right corner you will find a code like «WS» showing the selected editor mode and a help pointer (EXCEPT vi).

· e3 changes the appearance of the cursor (to reverse) depending on insert/overwrite mode (on Linux text console only).

· For details on key bindings read each e3xx’s initial page or type Alt-H during edit (for vi use ESC:h).

· On some computers (BeOS, QNX etc.) Alt-key combinations won’t work: press followed by the key, e.g. press ESC and H instead of Alt-H.

· e3 shows a dot for characters below ASCII 20h and greater 7Fh (except on win9x and except on UTF-8 version).

What’s New in This Release: 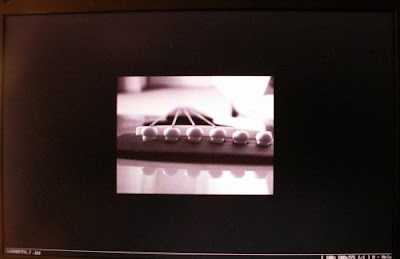 If you liked this article, subscribe to the feed by clicking the image below to keep informed about new contents of the blog: